I want to start this blog off with a well-known history lesson, followed by a “what they don’t tell you in school” lesson.

December 7, 1941, the Japanese attacked the US Naval Base at Pearl Harbor. What we learned in school was that the Japanese killed over 2,400 Americans, and that almost 1,200 more were wounded. Additionally, they damaged all eight battleships in port, sinking four. Other ships were sunk or damaged as well. The cost to lives and property was untold and extreme.

What is rarely, if ever, told, though, was that the rebuilding project was not put in the hands of some high ranking officer, but in the hands of a captain -specifically, Captain Homer N. Wallin. By January of 1942, he was put in charge of the Pearl Harbor Navy Yard’s Salvage Division. Through most of the year, he directed the Pearl Harbor ship salvage effort, guiding the Navy to recover the use of three sunken battleships.

Captain Wallin happened to be stationed at Pearl Harbor on that day, and not only witnessed the tragedy firsthand, but when writing about it later, told of how his mind was racing already to the recovery effort and getting the fleet back into service during the tragedy itself.

I won’t go into the history or the “whys”behind his assignment, but needless to say, based on his background in construction, repair, and salvage, he was definitely at the right place, and the military leadership needed someone that could conduct the cleanup effort as soon as possible. In the book Pearl Harbor: Why, How, Fleet Salvage and Final Appraisal, he approaches the project like any other: he discusses the priority of work. As Project Managers, identifying key tasks and assigning priority is job one. His job was made especially difficult by the fact that he had to do it under continual threats of attack. The US had no idea if the Japanese were going to return and further attack the base. Priorities had to be set, and set immediately

Lesson – People can become project leaders in many ways, just look for areas to apply your skills.

All Hands on Deck

Next, Captain Wallin identified the team to do the job. Remember, we are dealing with a project under extreme conditions, so all survivors were called into action. As men were pulled from the wreckage, he used intelligence gathered from them to identify other survivors, and to enlist their aide in the ongoing salvage and recovery project.

Lesson – many hands make quick work (yes I did use that saying but it is true, in times of crisis, the more people available for the effort, the better off it is).

If you look at the image below, it seems to be a massive undertaking of effort to undo the damage, and right the ship, literally and figuratively here. After lifesaving measures and safety concerns were out of the way, Captain Wallin chose tasks that were quick and easily achievable. This had two benefits, one, it whittled away at the massive endeavor, and two it improved morale as more and more items were checked off their list. For his part, this was a smart method to continue to make the massive project move. His constant push was a big factor in getting the effort to continue.

Lesson – finish the easy tasks first and you will have more time to focus on the difficult. 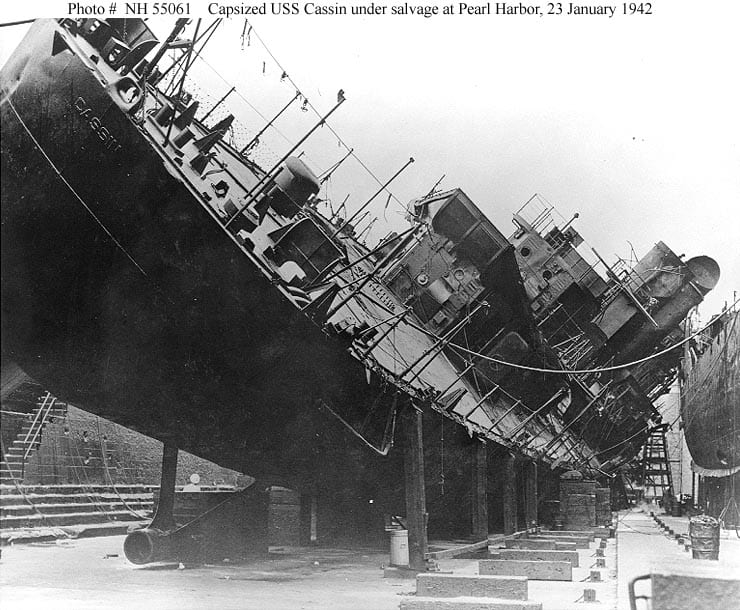 I will conclude the lessons learned in part 2. In the meantime, to learn more about this story, project management in general, or how your business can be best optimized for success, get in touch with us. Contact us online or at 866.960.0001

Webinar Recap: Grow Your Business with KTL and TechnoMile

KTL and TechnoMile recently co-hosted an informative webinar for Aerospace & Defense and Government Contractors with valuable information on growing your business. The webinar detailed

The basics of CMMC 2.0 and preparation recommendations

Originally posted in the Microsoft Public Sector Blog by Justin Orcutt, Jan 11, 2022 In This Article:  On November 4th, 2021, the Department of Defense

The DoD announcement on Nov 4 “Strategic Direction for the CMMC Program” provided new guidelines for CMMC 2.0. Our KTL webinar on Nov 10 helped to clarify these changes and answer questions for those in the DIB.