If some have you tried with Windows Server 2008 there was a problem when you used the publishing application capability with Dynamics GP10 or above GP would hang like it was not responding. This was a Windows Server 2008 issue and a hotfix was released that solves this. Here are the details:

Microsoft has released a hotfix to resolve the issue with pop-up windows appearing hidden when using the TS RemoteApp feature. Here are the steps to download and install the hotfix:

1. At the link below, click the “View and request hotfix downloads” link at the top of the page to download the hotfix.

3. If you have Windows 7 or Windows Vista workstations, install the hotfix on those operating systems.

Once the above hotfix is installed, Microsoft Dynamics GP 10.0 and later versions will be supported with the TS RemoteApp feature 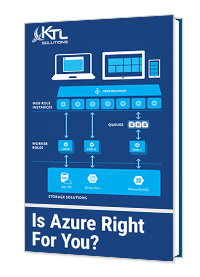 Is Azure Right for You?

Business is always evolving; part of your job is keeping up.

Let us help by attending a KTL event.

Have any questions about Business Solutions?

Contact KTL and let one of our qualified experts help.

Let Us Help You Succeed

Do you want to try a 30-day Free Microsoft Trial?